Sudanese government has defeated a coup attempt and is sending a new leader to visit Donald Trump and the U.S. Congress. 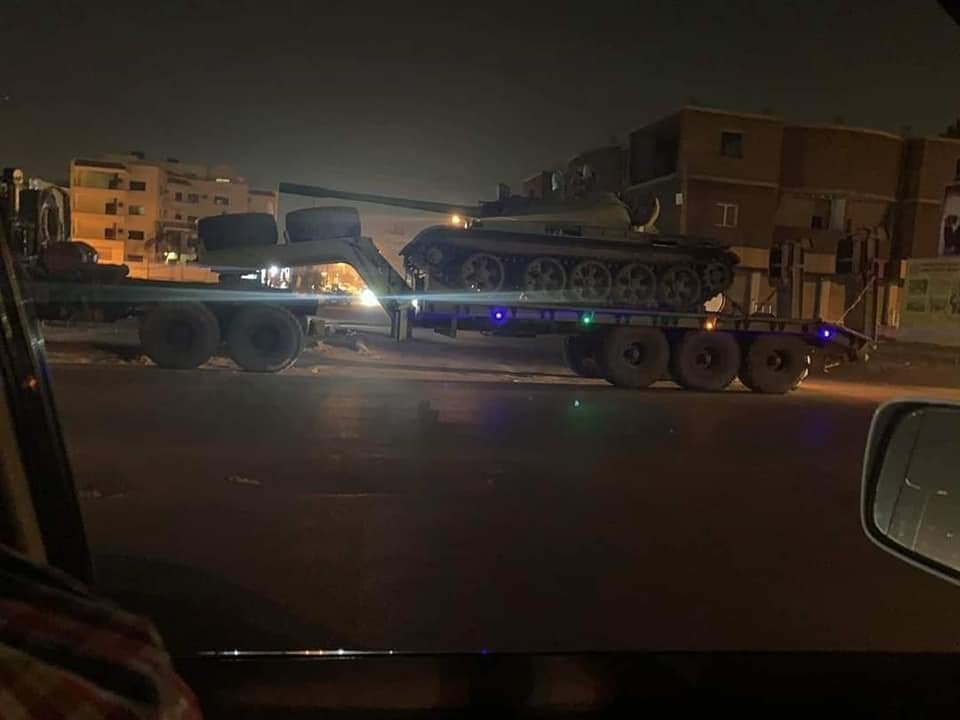 New videos reveal how Sudan’s national-unity government beat back an uprising by military and intelligence officers this past week. The rebels sought payments and positions promised by the prior regime.

This revolt was far more violent than previously thought, the mobile phone footage shows. Rebels shot at civilians from tanks and armored vehicles while government troops and their supporters returned fire. Eyewitnesses shot the videos and sent them to family members living abroad. They have been exclusively obtained by Zenger News.

Sudan’s transitional government is headed by Abdel Fattah al-Burhan. The former general is the chairman of the Sovereignty Council of Sudan, which runs the African nation. The transitional government is supported by an unruly coalition of academics, business leaders, union officials, prominent urban families, tribal sheikhs and activists who took part in weeks of protests that brought down President Omar al-Bashir in April 2019. Bashir had ruled the country since seizing power in a bloodless coup in 1989.

“Burhan’s government was prepared,” said Janet McElligot, who has consulted for the Sudanese government for more than two decades. “I think that it surprised a lot of people that this firefight was handled in less than 15 hours. That certainly must have surprised those who supported this uprising against this president. Burhan showed he wasn’t a pushover…There have long been tensions between the Sudanese military and intelligence services – d**k swinging at the highest level.”

The General Intelligence Service (GIS), under its previous designation as the National Intelligence and Security Service, fought countless street battles with anti-Bashir demonstrators in the weeks before his resignation. The mutiny and the ensuring firefight centered on a barracks used by GIS forces which was stormed by forces loyal to the Sudanese government after the mutineers refused to surrender. Elsewhere mutineers briefly seized two oil fields in southern Sudan. At least two soldiers and three civilians were killed in the fighting.

Sudan’s government has blamed the munity on Salah Gosh, the former head of the intelligence services and an influential figure in Sudanese politics. The State department announced sanctions against him in August 2019 and his family over suspected human rights abuses during his tenure in power. Gosh’s whereabouts since the fall of Omar El-Bashir are unknown and he is believed to be in hiding.

Defeating the mutiny has helped build confidence in Sudan’s new government as it prepares to send a senior delegation to the U.S. Congress and the National Prayer Breakfast in Washington D.C. next month. “This event has shown that the new government is more far organized and stable and more resilient then many people realize,” McElligot said, “especially Gosh.”

“The successful quashing of this incident will add to the popularity of the alliance as the people of Sudan are key to see the country remain stable,” said Mekki El-Maggrabi, a former Sudanese diplomat who does not work for the unity government.

The soft-spoken Gosh, fluent in English and Arabic, created the elite Operations Corps in 2005 which, unlike other intelligence units, was armed with heavy weapons and armored vehicles.

“This mutiny wasn’t conducted by the entire Operations Corps—just part of it, said Ahmed Khair, founder of the Sudan Research and Consultancy Group, based in Khartoum “Their actions and demands were not for regime change; instead, they were specific to monetary compensation.”

The ruling unity government sought to ease that transition to civilian rule by reducing the size of military and police forces. Deactivated members of the Operations Corps had been promised $2,500 in severance pay, but the ruling government recently reduced that to $250. The average annual salary in Sudan is less than $2,000 per year.

Still, the mutineers may have succeeded in sending the new government a message. “I think this mutiny indicated the government should be very cautious in its approach to downsizing and reforming the security sector,” Khair said.

Videos obtained by Zenger show at least two tanks being deployed to the fighting near barracks used by the Operations Corps.

Videos and photos show loaded tank transports deploying to central Khartoum on the night of the rebellion. The tanks in question appear to be T-55 tanks or an upgraded Chinese version of the same tank known as the T-59. Sudan has long produced a local copy of the T-59 known as “Al-Zubair DAA02”. Sudan has roughly 200 of those tanks or original T-59 tanks in service. Sudan also has at least 120 of T-55 tanks in service which were acquired under the al-Bashir regime from a number of countries including Poland, Ukraine, Russia and Iran. Combat losses and the exit of South Sudan in 2011 may have impacted these numbers.

In another video, pickup trucks mounted with machine guns can be seen firing at off-camera targets during the coup attempt.

Sudanese intelligence chief Abu Bakr Mustafa resigned on January 16 in the wake of the mutiny and was replaced with a military officer.

Prime Minister Abdalla Hamdok arrived in Washington, D.C. in December, the first Sudanese leader to visit the U.S. in decades.

Hamdok used the visit to lobby for Sudan’s removal from the U.S. State department’s list of state sponsors of terrorism, a designation that all but bars U.S. investment in the country. Sudan is the only African nation on that list, which includes Iran, Syria, and North Korea. The State department is pressing the Sudanese to pay “hundreds of millions” in court-ordered judgements to Americans who lost family members in al-Qaeda terror attacks.

Sudan was a base of operations for Osama bin Laden from 1991 to 1996, when the government expelled him at the request of President Bill Clinton. Sudan had offered to arrest bin Laden, as it had previously done with Ilich Ramírez Sánchez, the terrorist better known as “Carlos the Jackal,” at the French government’s request.

Clinton-era U.S. officials have denied receiving a formal arrest offer and say they were worried there was insufficient evidence in 1996 to win a conviction against bin Laden. Sudan is appealing the U.S. court judgements but has expressed a willingness to settle with the families of terror victims from the period.

The U.S. Supreme Court is expected to hear an appeal by the government of Sudan in February.